Last week we introduced to you the Unleashd Revenue Share Model. This week we will talk about the Network Effect and how it works!

Unleashd is built on experience from our founders who worked many years in game development before founding the company. Hence, we can relate to our partners and strive to put publishers' needs first. We understand how frustrating it is to use a service that has some vague algorithm that calculates your revenue share so we decided to be 100% transparent. Standard Google Play service fee is 30%, Unleashd takes 20%, while Publishers get 50% of the subscription revenue share. However, for each subscription retained after the initial 12 months both Google Play and Unleashd shares are reduced to 15% each, giving publishers a total of 70% subscription revenue share.The publishers’ share is then divided between Unleashd partners calculated each month for each subscriber separately. There are two types of revenue share included in the Publisher share: Conversion incentive and Engagement Revenue Share. 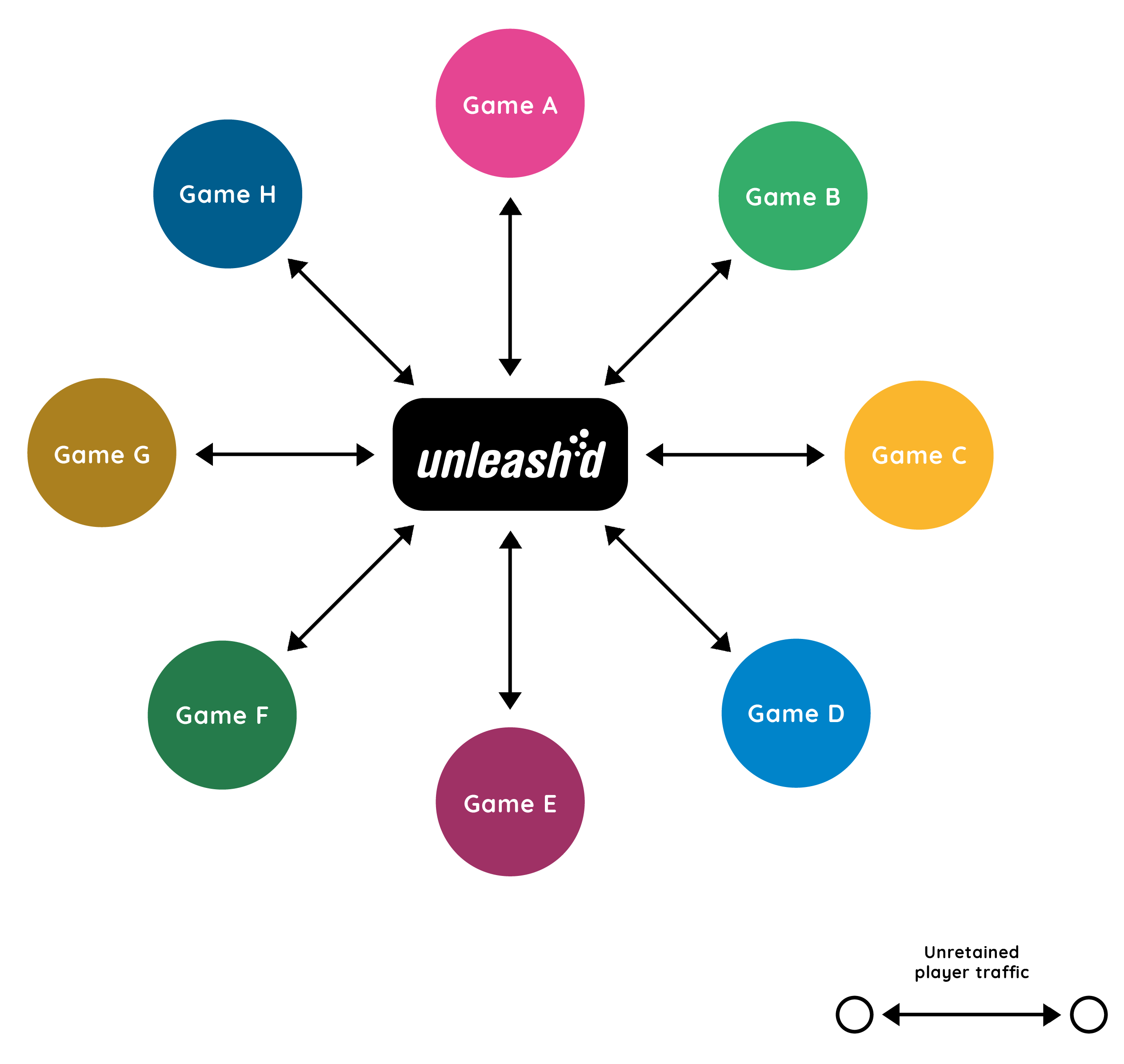 Including several games in one subscription has several benefits which, when combined, creates a network effect. It can often be hard to get players to convert to payers in a game due to loss aversion “what if I stop playing this game, will my money be lost then?” etc. This is true even for $1 in-app purchases. Having multiple games in the Unleashd subscription alleviates the loss-aversion as players can move onto another game in the service and use the benefits there, when they stop playing the game they originally signed up in. This is true both when compared to the traditional in-app purchases and to single-game subscriptions.

Publishers have the added benefit of the network effect that they get new players to their games who have already converted to Unleashd. This has two immediate benefits. Firstly the new players come “for free” via the Unleashd app without any need for expensive user acquisition. Secondly, the new players are already converted subscribers removing the need to convert them - and publishers get part of the revenue share from that users the second they start playing the game.

This creates a network effect, where players are more likely to subscribe because they get benefits in more games for the same price and players that are not retained in the initial game move on to other games on the service redistributing the traffic. The more games there are on the service, the better deal it is for the players, more players will subscribe and more traffic will be generated to go around all the games. While single game subscriptions that are either shorter or unlock-all can still be used in individual games in addition to Unleashd to tailor the experience of individual players who want to commit more to that particular game.

Next week we will dive deeper into what kind of a subscription service Unleashd is and how it operates. Stay tuned for interesting updates weekly!